The African elephant (Loxodonta) is a genus comprising two living elephant species, the African bush elephant (Loxodonta africana) and the smaller African forest elephant (L. cyclotis). Loxodonta is one of two existing genera of the family Elephantidae. The name refers to the lozenge-shaped enamel of their molar teeth. Fossil remains of Loxodonta species have been excavated in Africa, dating to the middle Pliocene Epoch in the geologic timescale that extends from 5.3 million to 2.5 million years Before Present (i.e.1950). They have been around quite some time before we arrived here in Southern Africa. 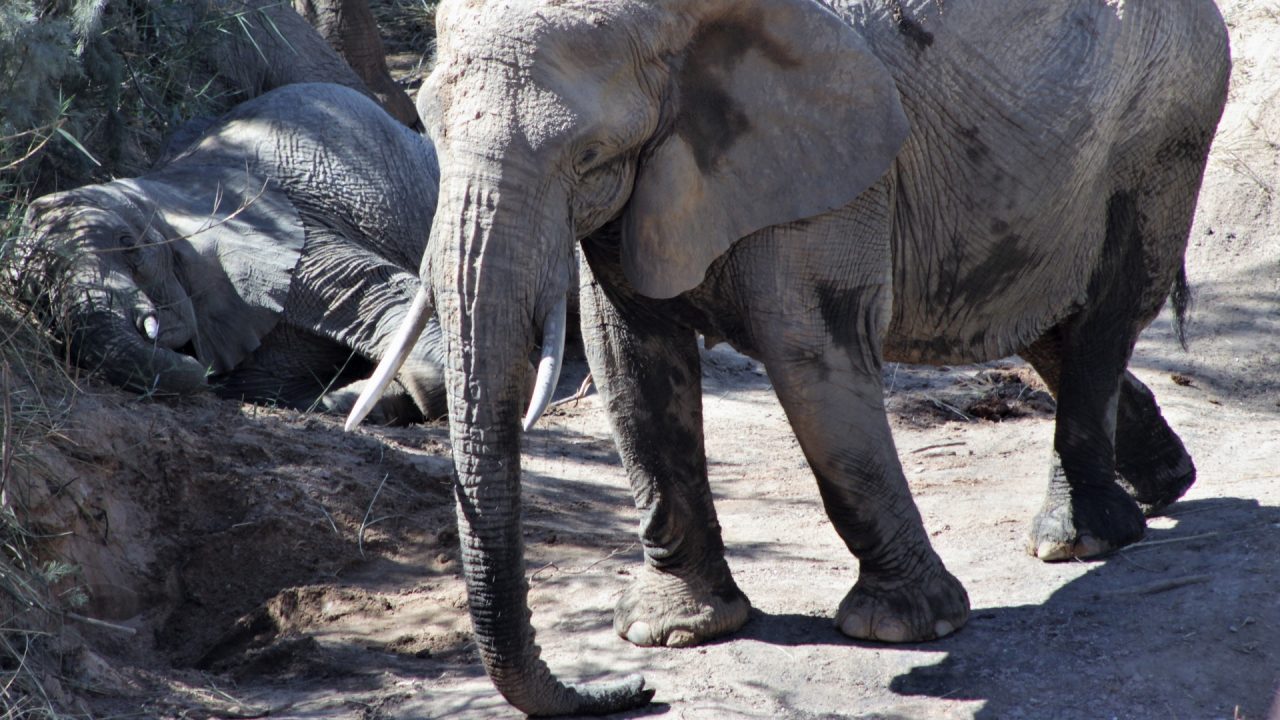 Both living species have grey skin. They differ in size, and in the shape and size of their skulls, large ears and tusks. They are both herbivores and live in groups. They are listed as Vulnerable species on the IUCN Red List since 2004, and are threatened by habitat loss due to human encroachment and fragmentation. Poaching for the illegal ivory trade is a still a major threat in several range countries, including Namibia.